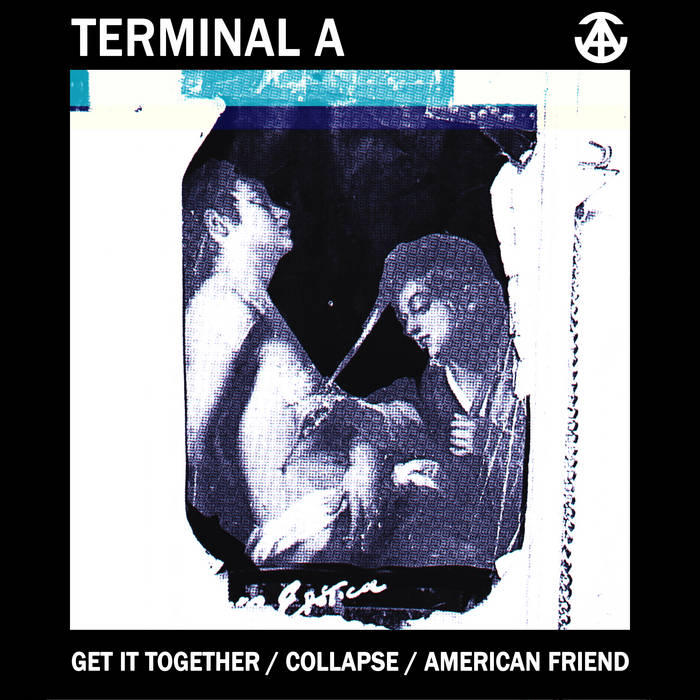 "Terminal A's 'American Friend EP' is the first release on Supply Chain Records. Originally titled "Get It Together/Collapse," after the EP's first two songs (the only two that were planned well in advance), this release now incorporates the title track "American Friend," which was quickly written and recorded in the aftermath of George Floyd's murder at the hands of racist police officers (read: police officers). The song attempts to capture and illustrate the emotional contours and frustrations of being part of a nation whose very existence is predicated on the exploitation of an ethnic or economic 'other.'

As a whole, the EP documents the year so far for vocalist Colin Peterson and guitarist Lee Busch (both of whom compose the music and program the machine elements for Terminal A). "Get It Together," "Collapse," and "American Friend," are zeitgeist-channeling anthems that were written chronologically, in the order that they are presented on the EP. The three songs bring us right up to to today (they finished recording/mixing/mastering literal moments before my writing here), and offer us a semi-hopeful and bravely realistic view of our pasts and futures.

I had originally set the release date of this record for June 5th to coincide with Bandcamp's artist-friendly commission-waiving day. In light of recent events, Terminal A have generously decided to donate 100% of their proceeds from their June 5th sales directly to The National Bail Out Collective– a Black-led and Black-centered collective of abolitionist organizers, lawyers and activists building a community-based movement to support their communities and end systems of pretrial detention and mass incarceration.

With no further ado, please enjoy "American Friend." It's an honor to welcome Terminal A to Supply Chain Records, and it's been an absolute pleasure working with them to bring this music to you.

Thank you, stay safe, and speak truth to power."


PS: All three tracks are mixed in mono, and we are extremely proud of that. Mono is for the people, compatible on all systems.

Terminal A is an Industrial/Synth Punk duo formed in late 2012 by vocalist Colin Peterson and guitarist Lee Busch. The group consists of vocals and heavily processed guitar played live over programmed backtracks. The music is a blend of wide-ranging influences, including early Minimal Wave and Electronic groups, as well as early L.A. Punk and Hardcore, and well as modernist aesthetic movements. ... more

Bandcamp Daily  your guide to the world of Bandcamp

Serena Cherry debuts her black metal project, plus a Pick from the Crypt block from Svalbard